I’m not the biggest fan of whisky, I much prefer rum or brandy, but it’s not like I try to avoid it either. Every once in awhile I try an Old Fashioned or Manhattan just to see if I’ve grown up, but I usually haven’t and go home and make a rum Old Fashioned from some Appleton Estate or El Dorado 12 YO instead. So when my father-in-law handed me a glass of Mackmyra from the family barrel I was struck by how pleasant it was and immediately thought that this is something I can work with.

The Mackmyra is a Swedish single cask whiskey, and this particular type is of the Elegant recipe from a 30 l family barrel that’s been aged for five and a half years before being bottled. It’s clearly a whisky, but mild in taste and almost rum-like in its structure.

With the help of this structure I wanted to tune the Old Fashioned into something that still clearly tastes like whisky, but a bit toned down. I do think there are many both better and more exciting rums than the Zacapa Sistema which I would use to make a reserve rum cocktail, but the mellow character works as a nice background and compliment to the whisky without overpowering it. This is a regular Old Fashioned with some Cointreau instead of sugar and a little rum, but the details really transforms it without taking away the original character. 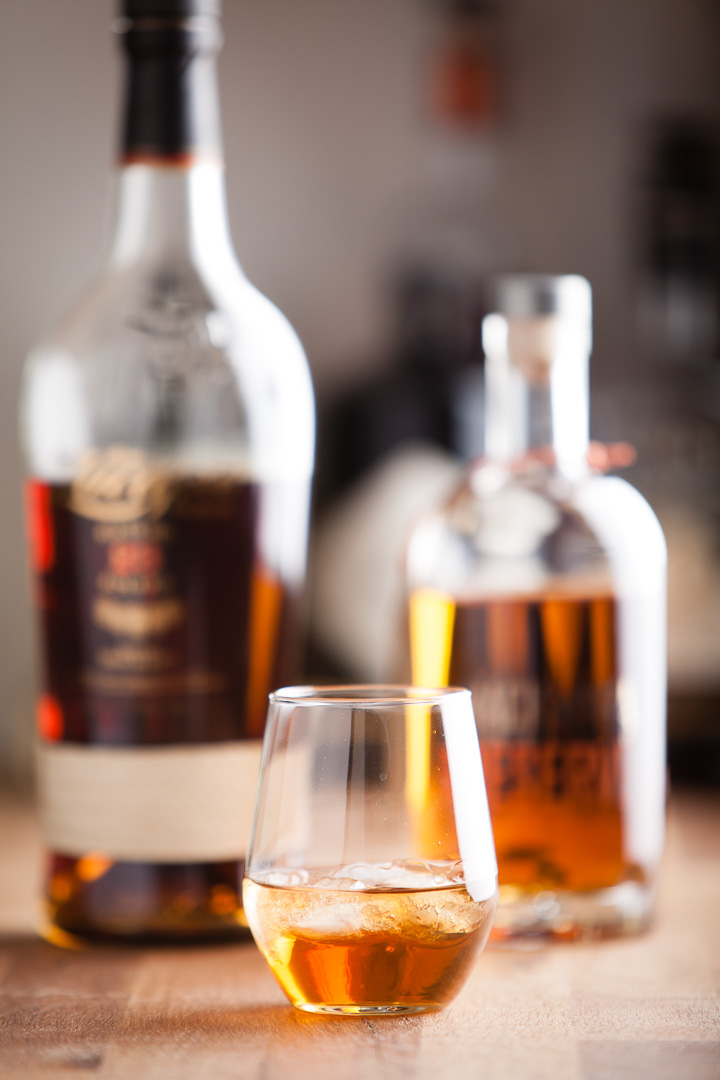