Åre is the premier ski resort in Sweden, home to numerous world cups and the world alpine championships in 1957 and 2007. Truth be told it’s also the only one suited for the big races due to Åreskutans height over the surrounding area. Copperhill Mountain Lodge is situated at the top of the lower peak Åre-Björnen and is only accessible through a long, curvy road, making it feel like a hidden gem. The hotel is not really that hidden, it shines hovering above the surrounding landscape, nor that unknown as you might expect from a being a gem, but there is something about that slowly driving up the road, building anticipation until you reach the top there is a modern design icon waiting for you.

The hotel opened in 2008 and has been run by Nordic Choice Hotels since 2009. The name Copperhill comes from the coppermine Fröå which broke copper from middle of 1700’s to the beginning of the 1900’s. The hotel has a modern mountain lodge architectural style, created by the AIA Gold Medalist and well known architect Peter Bohlin.

If you, like we do, have a thing for design hotels with honest materials and a modern minimalistic touch, you’re gonna like this place. As soon as you enter, the center of the hotel opens up and instantly strikes you with a calm yet majestic feeling all at once. The combination of cold and warm materials, such as the 32 meters tall fireplace made of slate stone and copper, a full height glistening copper wall and the wooden beams supporting the roof only adds to that comfortable, modern feeling. In front of the fireplace there are sofas and generous seating stretching almost all of the ground floor, seamlessly integrating with the bar. It manages to strike a balance of clearly being designed and standing out but still cozy and inviting for people to use and just relax in the common areas. 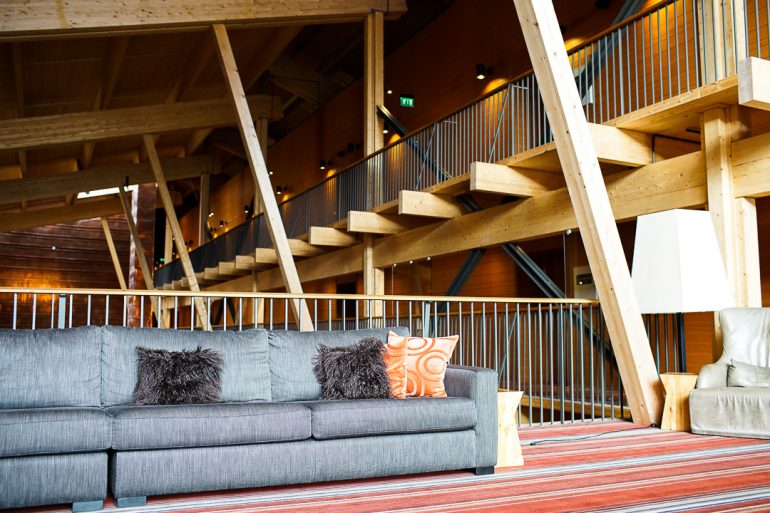 The interior design was originally created by Koncept Stockholm who were nominated for several architectural prices and also won the European Hotel Design Awards in 2009 for this design. For the particularly interested Copperhill has even listed most of the furniture and interior pieces on their website, no doubt due to the number of inquires from people appreciating the style.

The hotel has 112 hotel rooms spread out over four stories, most if not all open towards the central atrium. In the winter it’s possible to ski-in and ski-out to the Björnen ski lift systems which are connected to the main Åre system, but there’s a fair bit of transportation before you’ll see the good slopes. With an award-winning spa, two restaurants, a bar and a pizzeria you could also just stay indoors for days while still keeping busy and entertained, even without the skiing. During summertime, the hotels also provides for easy access to many hikes and other outdoor activities.

During our stay on a rainy summer day it was very clear that they wanted to increase the revenue per customer by upselling to more expensive rooms during check-in and only presenting the suites to drop-in customers. We played along and chose to upgrade from a standard room (Bronze) to one of their suites (Copper) as the price difference was quite insignificant. 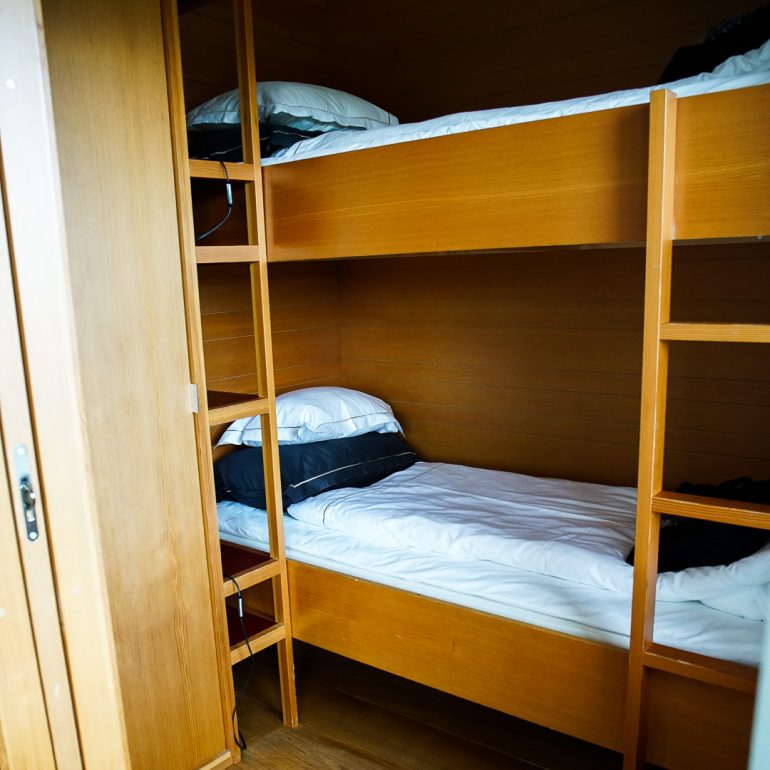 The Copper suite felt like a combination of a traditional pinewood ski cabin and an ultra-modern luxury hotel room. The master bedroom and bathroom was very nice and it very soon became clear that everything in the hotel has a clear focus on quality and functionality, with a small but fully equipped kitchen and Vipp trash cans in the bathroom. It’s still a ski resort with a focus on being able to accommodate families and groups of people, so while we still slept in the master bedroom for two, the additional two beds in our room were bunk beds. For a family of four I can imagine this suite to be a perfect stay for a long weekend. There are also some amenities in the suite to help keep you busy, such as a gaming console. The real highlight was the bathroom and the very large tiled shower.

One of the best things about staying in hotels in the Nordics is often the breakfast buffets. It is often standard to have a breakfast buffet included in the hotel price, but the size and quality of the buffet varies a lot. Copperhill is no different, and as you might have figured out by now, this is a bigger hotel with focus on quality and the breakfast definitely lives up to it as well. It’s actually one of the best we’ve ever been to. We really appreciated the amount of love that was put in to the food, where most of it is “homemade” but with a quality and attention to detail you rarely get at home. All of the Swedish breakfast classics was represented, as well as the compulsory continental offerings, prepared or cooked using local ingredients. 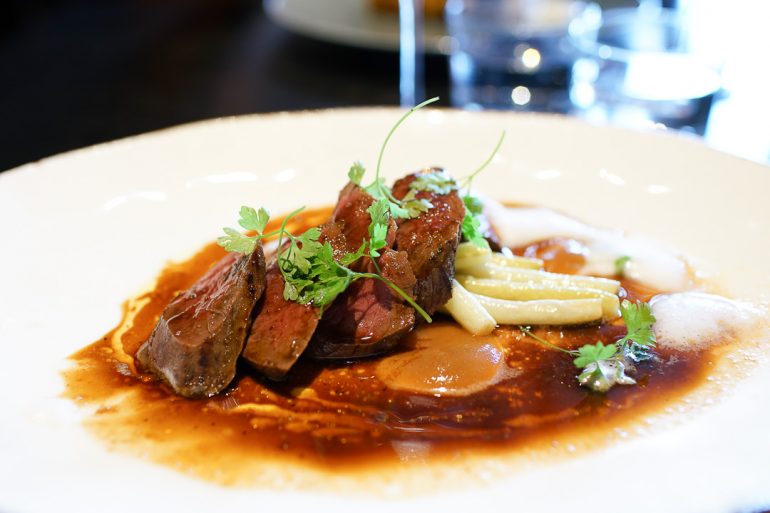 Dinner at The Library followed the same style, well prepared produce-driven cuisine but actually less exciting than the breakfast. Somehow it was more pretentious but didn’t quite live up to the detailed descriptions, where the breakfast was more playful and genuinely surprising in its quality and how they managed to step up the game of almost every Nordic breakfast favourite. The Fireside Bar serves unique basic craft cocktail drinks, but they don’t quite give anything more than a set of really well-prepared classics would do. The main restaurant Niesti is not open in the summer, but features a choice of gourmet set menus during the main season.

Overall, Copperhill Mountain Lodge is a very pleasant stay that we would gladly come back too.