This summer we spent a rather spontaneous week by Lake Como in northern Italy. Not sure if it’s a young couple’s paradise as much as retirees’ wonderland, and we’ll get to that in a later article, but still, Italy during summer is never wrong.

Since we had an entire week and had rented an Italian, but otherwise not worth mentioning, car we decided to go for a daytrip. We wanted to go to a ski resort to find some mountains and Google Maps told us it was only a 2-hour drive to St. Moritz in Switzerland from Cadenabbia where we were staying. The route would include some driving through the Alps so it sounded like a perfect plan!

If you’re driving on the west side of Lake Como, the road is narrow and you go through many of the small towns by the lake. Besides a few heart jumps when we met big buses going full speed around a corner, the drive is quite cozy. After you’ve passed the north end of the lake the mountains grow higher and higher and suddenly you’re at the Swiss border. Passing the border gives you a bit of night-and-day shift kind of feeling, remarkably similar as when going from New Mexico to Texas. Not only does the landscape change quickly, but the entire impression is different, from the quality of the road surface, the color of the grass next to the roads to the shape of the buildings.

It’s hardly no surprise that driving through the Alps during the summer months is beautiful and spectacular in many ways, but the best part when you’re on a semi-planned day trip is when you realize that in order to reach your goal, you have to drive through the Maloja Pass. With more than 1800 metres of elevation to pass and countless hairpin turns the grand finale when you reach the top and can look out in the valley is a sight I will remember for a long time. Taking a small detour to Sils im Engadin/Segl before reaching St. Moritz can also provide some of that true Swiss feeling with pittoresque houses, lined by colorful flowers and straw roofs. 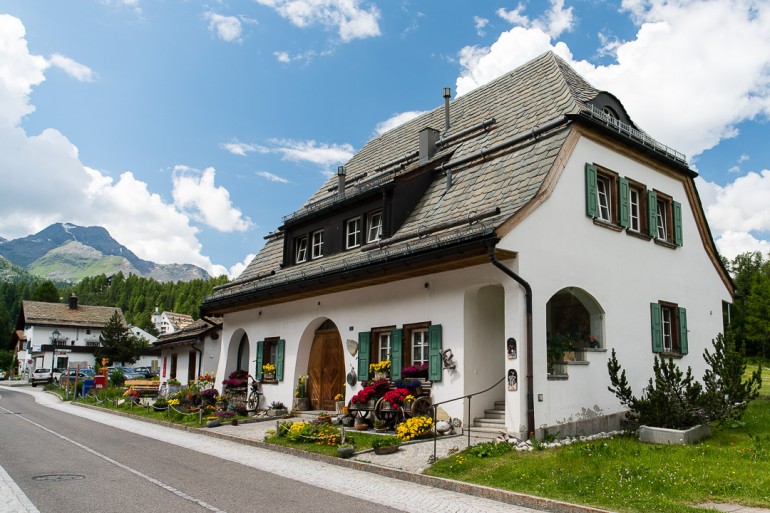 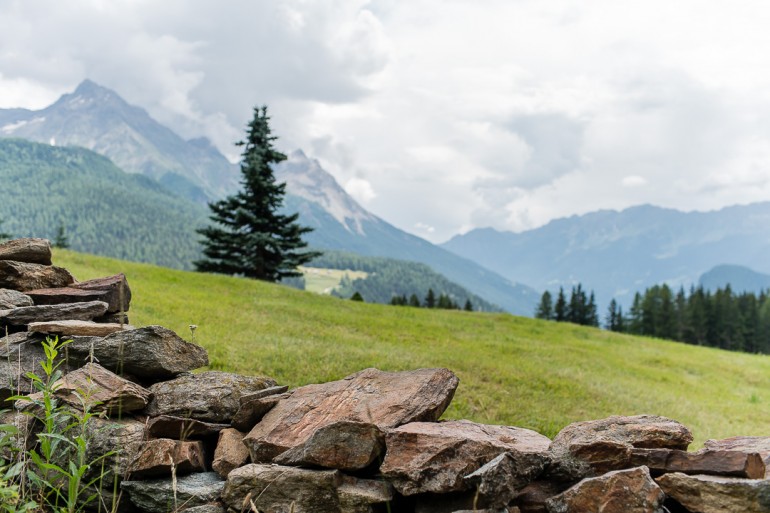 During normal circumstances, we are true nerds when it comes to preparation and planning. We rarely go to any new place without spending several hours researching best places to eat at, best coffee, breakfast and so on. But due to poor internet at our Lake Como hotel, our planning for this trip was at a bare minimum. Therefore, reaching St. Moritz and realizing it is not only a ski resort but a luxury mecca filled with boutiques carrying the finest Swiss watches and fancy cars lining the streets was yet another positive surprise for us as we drooled a bit over the exotic pieces – such as numerous of the MusicMachines and table clocks by MB&F – in the shops.

The final tip for this day-trip from Lake Como is to not drive back the same way you came, but continue east and pass Pontresina and Poschiavo on your way back to Lake Como. You see, in the Maloja pass, you climbed some 1,800 metres and one way or another you have to go down again and I can assure the roads are not boring here either.

The final drive back to Lake Como after the border to Italy has been crossed isn’t that exciting and is mostly filled with going through industrial areas, but if you stop in Varenna on the east shore of the lake for a dinner before taking the ferry back to Cadenabbia there’s plenty of time to get that lovely feeling of being a part of history and looking over the same views that people have for centuries! 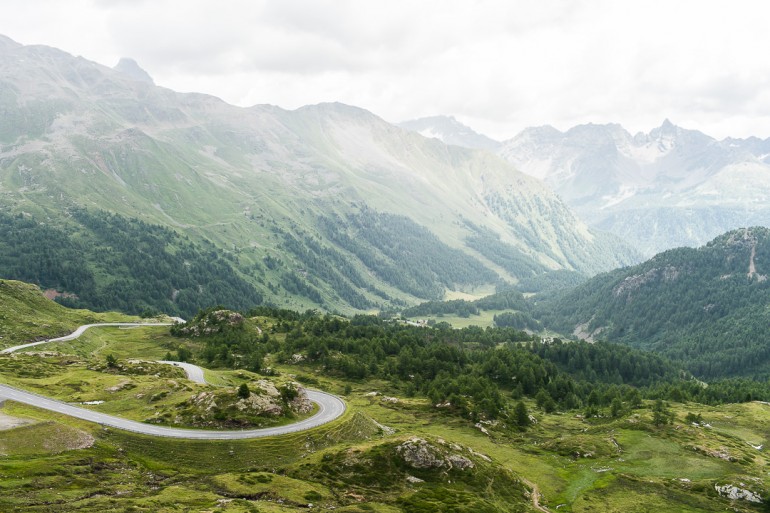