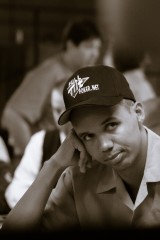 The World Series of Poker is held in Las Vegas during early summer each year. It’s quite a large collection of tournaments gathering the world’s top pros and amateurs alike and what makes this special is that anyone can end up at the same table as the biggest stars and have a fighting chance at actually beating them.

It started off in 1970 with Benny Binion gathering around 30 players at the Binion’s Horseshoe Casino for what he called the World Series of Poker, inspired by the Texas Gamblers Reunion organized by Tom Moore and Vic Vickrey the year before. The first year it wasn’t even a tournament, Johnny Moss was elected the best all-around player after a few days of high-stakes games. The second year the event took on the form of a freeze-out tournament with a $5,000 buy-in. Johnny Moss retained his title as the world champ by winning the tournament (and the entire price-pool) among the seven players.

By 1974 the WSOP had started to gain some traction and was both televised and included four preliminary events. Doyle Brunson made history by winning the WSOP tournament back-to-back in 1976 and 1977, something only matched by Stu Ungar in 1980-81 and Johnny Chan in 1987-88. 1976 also marked the first year a bracelet was awarded to the champion of a “bracelet” event.

The first amateur scored an upset victory in 1979 and started to open the floods of amateurs taking their chance to beat the best. In 1982 the buy-in was raised to the current level of $10,000 for the main event, with 104 entries, and there were 11 preliminary events. The Satellite concept was introduced in 1983 and was the next step in bringing the WSOP within reach of more recreational poker players.

By the early 2000’s internet poker had taken a hold and when online qualifier Chris Moneymaker won the main event in 2003 it led to one of the biggest upswings of the World Series popularity. He plowed through a field of 893 entrants to win $2,500,000. Harrah’s (now Caesars) bought the rights to the WSOP in 2004 and moved the tournament to the much bigger Rio. The fields exploded in the following years and culminated in 2006 with Jamie Gold winning $12,000,000 after beating 8,772 fellow players. During the later half of the 2000’s and early 2010’s the sheer size of the tournaments have subdued somewhat (particularly after the Black Friday in 2011) but interest is still strong and thousands of people show up. In addition new tournaments have been added that are more tailored to the professionals and high-stake gamers, such as the $50,000 buy-in Poker Players Championship and the $1,000,000 buy-in Big One for One Drop.

In 2014 there were 65 bracelet events starting with the $500 buy-in Casino Employees No-Limit Hold’Em on May 27th and ending with the Main Event starting on July 5th and going on until July 14th. There are a large number of events with different buy-ins and different poker games throughout this period which makes the event series accessible and enjoyable for a large number of players who want to be part of one of the biggest, and certainly highest turnover, competitive events in the world. 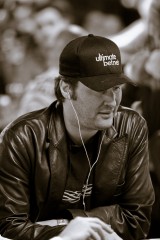 One of the biggest draws as an amateur, apart from scoring a big pay day, is the chance to play with the stars of the game and other people it would otherwise be hard to get access to. Due to the nature of the game anyone have a chance to run well, but its obviously harder having a professional in the seat after yours. You don’t get quite as close to the action as a visitor for obvious reasons, but with a little luck you’ll still be feet away from the players you might want to follow.

Due to the field sizes the vast majority of the events span over multiple days, mostly three days. Since the most popular poker game is No-Limit Hold’Em this is what most events are. In 2014 there were no less than 15 vanilla NLHE events spanning from multiple $1,000 and $1,500 events to the $2,500, $3,000, $5,000 and the $10,000 Main Event. In addition to these tournaments there are turbo, 6-handed, deep stack, heads-up and Little and Big One Drop events and all kinds of other poker game events.

Apart from the big tournaments themselves there are loads of cash side games and satellites running. One of the better ways to enter bracelet events is by playing single table satellites that either pays the winner or the winner and runner up (equal split). They only pay Tournament Chips that can be exchanged for entry into other events but not cashed out, although they can be sold to other players. The satellites are available from $55+10 to $2035+15 with one of the best values in the $320+15 and $420+15 double winner single table satellites that attract many tight passive recreational players.

You start with 1,500 and 2,000 chips respectively with 20 minute levels starting at 25/25 blinds and going through 25/50, 50/100 and so on. This means that there will be some proper play up to around level 5 or 6 and a honed Sit-and-go strategy with selective aggressive push-play around the bubble can pay dividends. The day before the Main Event is dedicated to satellites to allow everyone who’s there to win a way into the highest payout sporting event in the world. 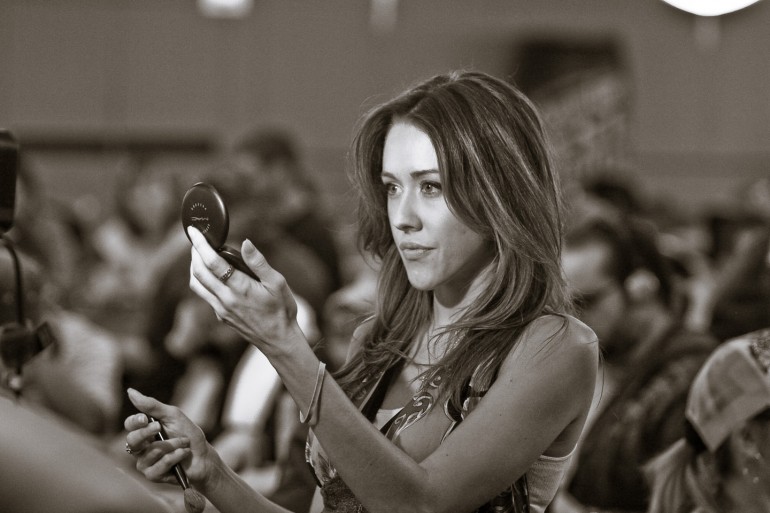 Television hostess at the 2008 WSOP.

Cash games start to appear as soon as players gets knocked out from the bigger events. The lowest stakes are $1-2 No-Limit Hold’Em but there’s virtually no roof upwards for the stakes or the kinds of games played. There are literally thousands of poker players gathered under one roof and many who wants to continue to play after their dreams of scoring big went bust for the day.

Most of the events are not capped in terms of the entrant field, so it’s mostly a matter of walking to the cage and pay the entrant fee either in cash or Tournament Chips. It’s possible to pre-register for the bracelet events which can be useful either for planning by choosing the starting day or to secure entry to the limited events. The entry fees can be paid using cash, casino chips, wire transfers to the cage (5 day wait) or credit cards.

US residents with a social security number and non-US residents in Tax Treaty countries (must provide a Tax Identification Number which the cashier staff can assist with) will be exempt from tax withholding. If everything works out and you receive a cash out it’ll most usually be paid in cash from the main cage. 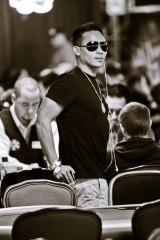 John Phan showing his bracelets at the 2008 WSOP.

The World Series of Poker is played in the conference area at the Rio in Las Vegas. The resort is not located on the Strip but on the west side of the Las Vegas Freeway behind Caesars Palace. On the same side of the freeway but diagonally opposite Rio is the slightly more upscale and exciting Palms. For someone who wants to stay close to the action and wants to be within walking distance, these hotels are the best choices.

But, there are plenty of cabs available at the Rio and most of the hotels on the Strip is just a short drive and $10-15 away. Playing the tournaments at the WSOP gives a chance to actually spend some time in Las Vegas while activated without exhausted. There will be long nights if everything works out in the tournaments but there will also be opportunities to enjoy the restaurants, pools, bars, nightclubs, shows and activities in the city. Raku Grill is quite close by and for more tips check out our eating section in the Las Vegas travel guide.

Since the WSOP is owned by Caesars they offer special WSOP player room rates in their resorts. To get this rate you book your stay to a normal rate and once you arrive in Las Vegas you show your entrant receipt to the hotel and the rate will be adjusted.

The World Series is a fantastic event where you not only get to see the classic Las Vegas at work, but also participate. Spending some time on the tournament floor playing, rooting for your friends, rail birding the stars or meeting other poker enthusiasts, will make you appreciate both Las Vegas and the game of poker in a new way. With all the satellites going online and live it’s also accessible to most, making it a fantastic excuse to spend some time in one of the greatest cities on earth.