Eldhuset is a barbecue restaurant in the middle of the charming neighborhood of Grünerløkka, also called Hipsterløkka by the locals, in Oslo, Norway. In addition to a full range of slow smoked meats they also serve burgers and a range of sides. This is not a place you want to go to as a vegetarian although there are shrimps and chicken on the menu.

The restaurant is located by one of the small parks between the very popular pizza restaurant Villa Paradiso and the theater Parkteatret in a row of other restaurants. During late spring and summer the outdoor dining areas of these restaurants are always crowded whenever there’s a chance of sun and mild weather but during winter there’s usually no stress, except for Villa Paradiso and The Nighthawk Diner a little further up Thorvald Meyers gate. 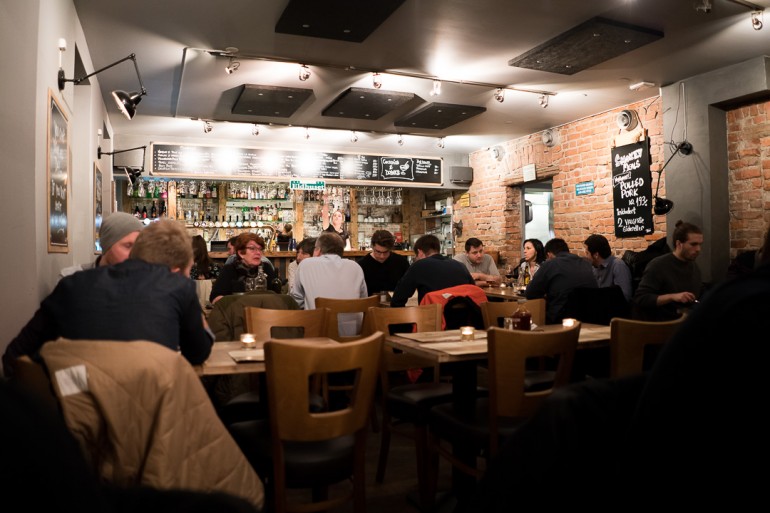 Eldhuset is based on a “Celebration of southern BBQ” and the barbecue is definitely Southern, and not Texas, in style. Exactly which part of Southern U.S. is a little hard to guess though. The restaurant is casual in style and filled with a varied clientele, from families to after work groups and couples. They’ve gone for a rustic decor that echoes a converted barn or workshop that works really well, the materials feels real and used but a little non-descript. The brief was probably generic countryside “Southern” and this they’ve gotten.

It’s not a big restaurant and there’s no dedicated person at entrance, meaning that we had to wait a little while before anyone came and greeted us. We had booked a table but that’s probably not needed in the middle of the week. To make sure of a table on a Friday night it might be a good idea though. 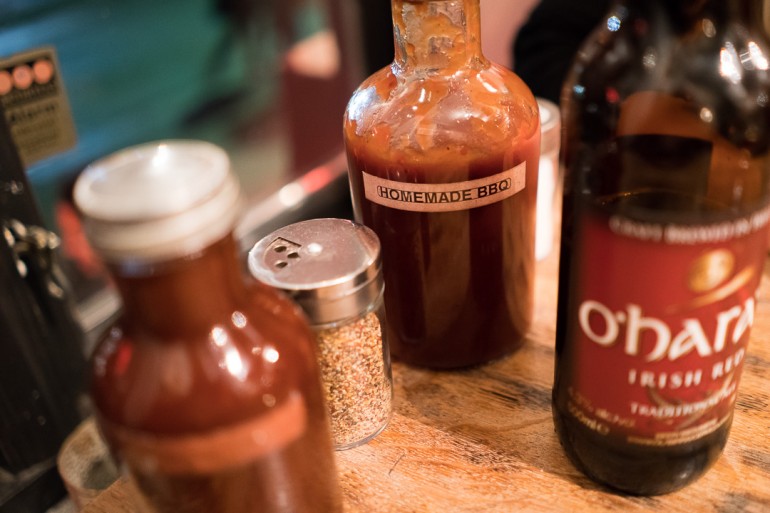 One side of the menu is the dishes and the other side contains the beer and wine selection. The beer selection is quite good with many local options as well as appropriate beers from around the world. The wine list is a lot more limited with a couple of wines available by the glass and no drinks listed. Every dish has a suggested beer pairing which helps out if you’re not acquainted with them.

We started out with 3 sliders to share (169 NOK) and sweet potato fries on the side (20 NOK) where the Cheyenne Burger was the best dish of the day. It was almost a perfect burger – except for the aesthetics. Somehow the patties for the sliders had contracted into meatballs instead of discs. Except for that flaw it tasted really meaty with fried onion rings and bacon to boost the back end and something that provided really nice but soft kick, maybe it was the onion. The bun was really good, I would’ve liked to see that as an option for a side. The Buffalo Burger was darker overall and not to the same level, it lacked something to excite in the same way. The best side of the meal was the sweet potato fries which were also really good except for uneven seasoning. 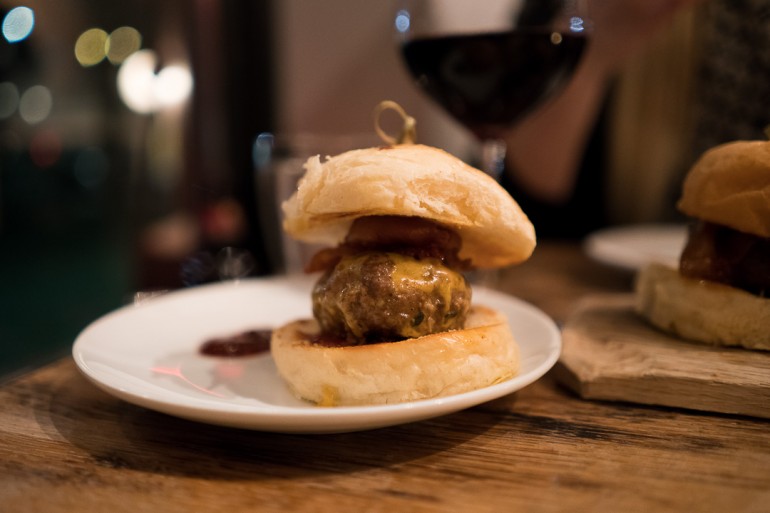 For our main courses we brought in a two meat combo plate (268 NOK) with Smokey Ribs and Brisket of Beef and Pulled Pork (193 NOK). The mains are served with two sides of choice each. The brisket is the king of barbecue and after eating it at Franklin’s BBQ everything else will fade in comparison, but I know that you can get extremely good brisket even where you wouldn’t expect it in the U.S. The brisket at Eldhuset is definitely in the category of barbecue, but I cannot classify it as good. While tender it just looks dark brown and dull, tasting dry without the fattiness and juiciness that characterizes a good brisket. There was some smoke but completely without any type of bark and the pepper and vinegar that you want from the outside.

The pork ribs was better, tender and lightly glazed but still a bit dry. Going to the pulled pork, it was ok, but soaked in very sweet barbecue sauce with no acidity or brightness that made it quite dull. I guess it’s easy to like for the ketchup generation, but the purity and excitement was lost. It was possible to see some bits which has to be bark, but they didn’t provide anything at all. Of the sides we really enjoyed the Mash Potatoes served with gravy and the Sweet Potato Mash with walnuts worked well, but it was also very dark and more brown than orange with the taste to match. All was served in generous portions for quite acceptable Oslo dinner prices, so the protein-to-cost ratio was good. 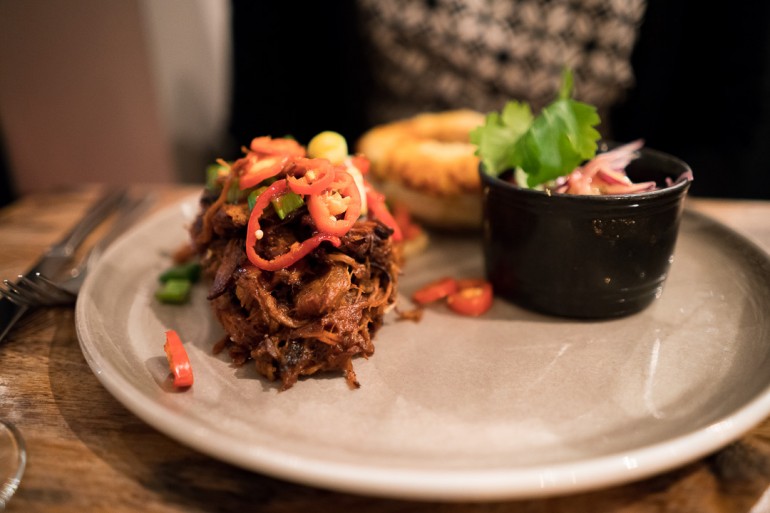 Summing it up, it’s not the most impressive barbecue I’ve eaten, even by a long shot. But that we’re able to review the meal as barbecue and not just as a restaurant meal is a huge accolade in itself. I’m not overly impressed by anything – from the dishes to drink selection to the decor, but on the other hand they’ve made the place incredibly much better than all of the generic type of restaurants that are around.

Would I go back? Maybe for the burgers, but it’s quite easy to make much better barbecue at home.