Just a 4-hour drive from Oslo there is a dramatic change in scenery when you get to Jotunheimen. A large mountain area of about 3,500 square kilometres encloses Norway’s highest mountain (Galdhøpiggen) and lots of waterfalls, rivers, lakes, glaciers and valleys. 24 of the mountain peaks in Jotunheimen are above 2,000 meters high, more than any other mountain area in the northern Europe, so it’s no surprise it’s also the most visited and popular national park in Norway with more than 30,000 visitors per year. The most popular hike in Jotunheimen, and Norway for that matter, is Besseggen, a spectacular hike of about 17 km with a total ascension of about 1,100 m.

Besseggen, as it’s simply referred to, is an iconic summit hike that for many is a challenge that provide a great sense of achievement through its steep ascent, the full day commitment and at times airy views. Of course, for others it’s a gateway for even more challenging summit hikes or extreme challenges like the yearly Besseggen run. Most people with some hiking experience will be just fine, even children, as long as they are prepared for the at times steep ascent, quickly changing weather and slightly vertigo inducing views. 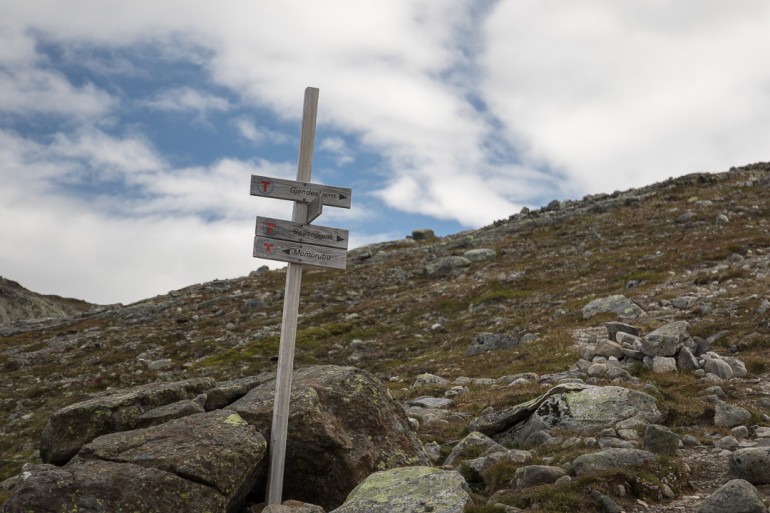 The area is beautiful, a majestic high mountain terrain with some ground vegetation and lots of snow capped peaks – and probably some patches of snow on parts of the trail as well. Even in the middle of summer the temperature ranges from below freezing to quite comfortable.

The hike goes between Memurubu and Gjendesheim, and most people choose to go in this direction since you get to climb the ridge (“Besseggen”) between the two lakes Bessvatn and Gjende and end up at basecamp. However, some people prefer to go the other way, from Gjendesheim to Memurubu and then you get some fantastic views climbing down the ridge instead, but if you’re a bit anxious about heights, it’s better to go up than down.

Regardless of which direction you prefer, the only way to and from Memurubu is via boat on the Gjende lake. “Gjendesbåten” runs several times a day to ensure hikers and adventurers can get out in the beautiful nature. During high season the queue for the boat starts early so it’s recommended to get in line rather early to ensure you get on the first round of boats. The boat company usually have specific times when the boats leave, but if the queue is long, they will keep going until everybody has gotten out. If you’re going the opposite direction, and want to take the boat after a hike from Gjendesheim to Memurubu, be sure to check boat times in advance, as they don’t have that many rides in the afternoon.

Once arriving in Memurubu the hike is well marked and there will be a lot of other people doing the same hike as you, so no maps are needed. The hike starts with a quite demanding ascent where you’ll climb around 600 meters before it flattens out and you’ll walk in the area between the two lakes. This is a popular and good area for a rest before you start approaching and climbing the ridge, but there might be some flies spoiling your rest. From the flat area there is a 400 meter descent before you reach the ridge after which the trail carries on up again.

Sections of the ridge is quite narrow and meeting people taking the hike in the opposite direction can be a bit tricky, but just take it calm and you’ll be fine. No equipment is needed to climb the ridge, but a bit of scrambling and use of your hands for support is needed at the “worst parts”. The most important thing to remember when climbing the ridge is to stop, turn around and watch the absolutely amazing view!

Once you’ve reached the top of the ridge, this is actually not the top of the mountain, you need to keep going for another 30 minutes until you reach the top, 1,732 meters above sea level. After the top, the gently sloping hike back to Gjendesheim is longer than you might think, and not really that spectacular or beautiful either.

It’s recommended to arrange sleeping arrangements in Gjendesheim beforehand and sleep there the night before you hike Besseggen. This way you can get up early in the morning and be finished soon after lunch. The hike usually takes between 5-8 hours depending on pace, number of stops and traffic. If you have the energy you can drive back to Oslo, or somewhere else, after the hike, but it might also be a good idea to spend another night in Gjendesheim to rest and enjoy the nature even more.

When it comes to sleeping arrangements, most stay at Gjendesheim turisthytte in their sleeping dorms, where you share the room with up to 40 other persons (very Norwegian!) in old, wooden beds but you can also get your own room for a bit higher price. If they run out of regular beds during high season, they set up extra tents outside to ensure everybody has a place to sleep. It’s also possible to bring a tent and set it up in the area around Gjendesheim. 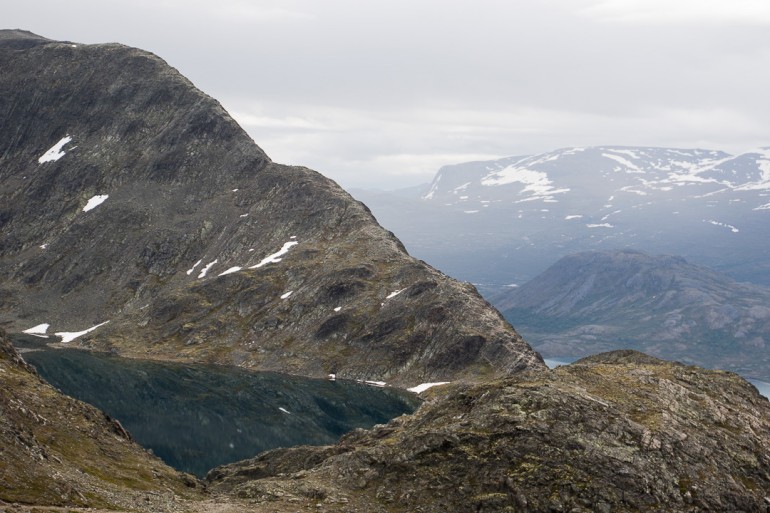 Food is available at the turisthytte and at a simple combined kiosk and convenience store by the boat, but there are no gastronomic experiences to get here. After the hike you’ll probably be so hungry anything feels good anyway.

It’s important to bring a set of warm clothes and protection from potential rain on this hike. The weather can change quickly in the mountains and rain can come and go really fast. Even in the middle of the summer it can be below zero degrees during the night so if you take the first boat at 7 in the morning it’s still going to be rather cold. 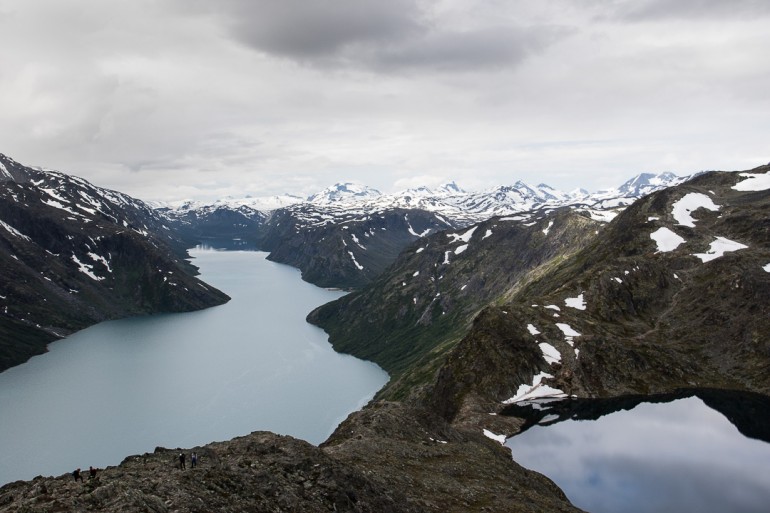 The Flip Beta is Now Available!