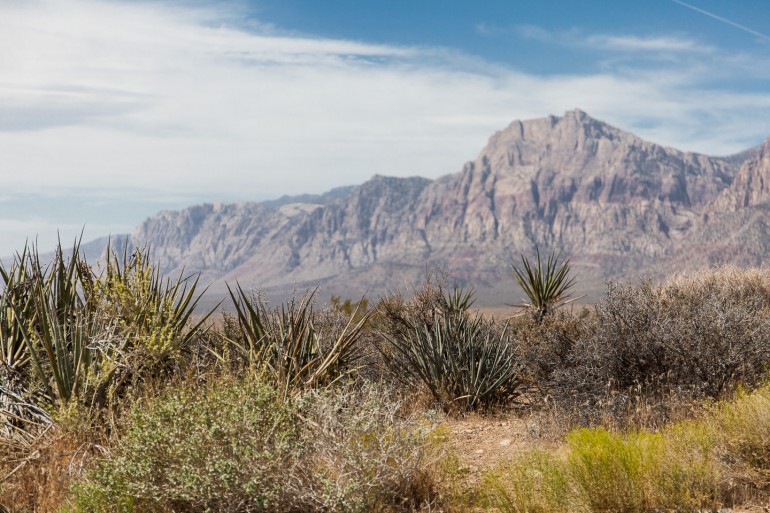 When running around in the hotel complexes in Las Vegas it’s easy to forget that there’s a world outside. Sure there’s someone yelling about Grand Canyon tours and you can see mountains surrounding the city when going between the hotels, but there’s actually many things to see and do just a short drive from the city.

Many choose to go through Death Valley when going by car to San Francisco. It’s not really set up for hiking due to the immense heat in the summer but it’s quite fascinating. There’s a great episode of Epic Drives called “Cheating Death Valley in an Ford SVT Raptor” in which Arthur St. Antoine visits Death Valley along with some ghost towns and some sand dunes that can serve as inspiration for detours along a road trip.

The by far most known outdoor attractions around Las Vegas is the Grand Canyon and Hoover Dam. The Grand Canyon is a 466 km long and in its places over 1800 meter deep canyon carved by the Colorado River over millions of years. The scenery is spectacular and it truly is one of the great natural wonders of the world. It’s mainly situated in a national park but there’s a few Indian reservations outside the national park that are in the Grand Canyon area.

One of the most popular, and best maintained and provisioned, hiking trails is the Bright Angel Trail that has multiple stops (with water) along the way and which goes to the bottom of the canyon. However, it’s over 14 km to get to the river using this trail and the National Park specifically warns against trying to day hike to the bottom of the canyon in one day, especially in the summer months. For the ultimate multi day hikes, the South Kaibib to Bright Angel Trail provides even better views and goes much deeper into the canyon than the Bright Angel Trail does alone. For a slightly different of experience the Havasu Falls & Money Falls offers multiple waterfalls on a three-day hike.

Hoover Dam was finished in 1936 and was the largest concrete structure in the world at the time. Due to the sheer scale of the project architect George B. Kauffman was brought in to suitably style it in an Art Deco style. By any reference it’s still massive and lies easily accessible along highway 93 near Boulder City. It impounds Lake Mead and is primarily used for water control, not power generation.

Interstate highway 93 used to go along the top of the dam but since 2010 through-traffic is no longer allowed and is instead routed to the Hoover Dam Bypass 500 m downstream from the dam. Visitors to the dam are still allowed to use the old road and over a million visitors each year take the guided tours. Unfortunately most of the inner parts are off limits to visitors now-adays so little of the design and decorations by Allen Tupper True on Kauffmans request can now be seen. 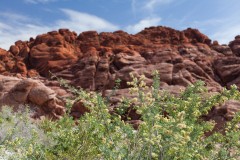 24 km west of Las Vegas (30 minutes by car) is the Red Rock National Conservation Area where a few different types of red rock and sandstone formations are showcased. The area has lots of desert wildlife and is a protected habitat of the desert tortoise. A 21 km Scenic Drive loop origins at the visitors centre and has parking spots at a number of starting points for further explorations. A day pass costs $7 per car and the Scenic Drive closes at 8pm in the summer.

There are hiking trails with a true western feeling in the area but its more known for rock climbing. The rock is mostly Aztec Sandstone and offers a variety of different types of climbing, from Yosemite-class crack climbing to more technical sport climbing. 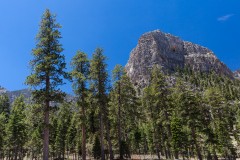 Mount Charleston is the highest peak in the Las Vegas area (3750 m) and is located 56 km (50 minutes by car) to the northwest of the city in the Sprint Mountains Conservation Area. It has a remarkably different air and feeling than the city and the rest of the area, it’s much clearer and also on average 10 degrees Celcius cooler. There’s also proper trees, the entire area is in a forest. At the base of Mt. Charleston there’s a small town and a Lodge but it’s mostly known for its hiking trails. There’s a variety of lodging, camping and picnic opportunities in the area.

The peak can be ascended in a day hike by combining the South Loop Trail and the North Loop/Trail Canyon. The Big Falls and Cathedral Rock are good half-day hikes.

There’s dozens of abandoned ghost towns littered throughout Nevada, many with history from the Gold Rush. 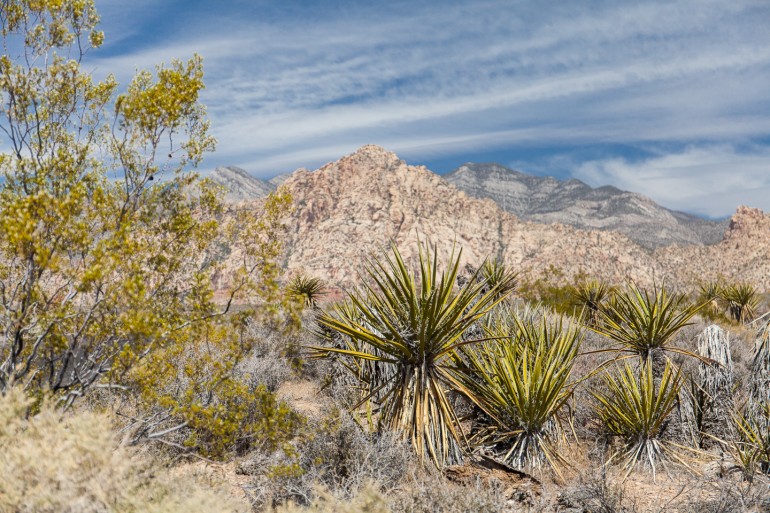 There’s a great website on hiking around Las Vegas called, what else, http://www.hikinglasvegas.com.